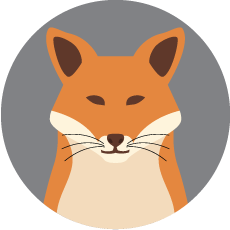 Signs That Your Home Has Broken Water Pipes
19 April 2021

A broken water pipe in your home can cause severe …

Without a septic tank, how would you get rid of al …

DO NOT DELETE Many homeowners overlook their drain …

While planning out a new construction site, you ma …

When it comes to home repairs, there are a lot of …

If you're someone who likes to drink a lot of water, then it will save you a lot of money if you drink it from your kitchen tap. Bottled water is expensive. However, some people don't like the idea of drinking tap water because it tastes bad, has a funky smell, or just has some gross stuff in it. Well, that's solvable if you get a decent water filtration system.

Luckily, if you live in New York City, you have access to some of the countries best water. However, there are still a bunch of things you probably want to have filtered out of the water before you drink it. Here are the main three.

New York City gets its drinking water from upstate. The water sources are incredibly clean. Because of this, New York is one of only a few large municipalities that does not filter the water supply. What the water department does, however, is add chlorine to the water. This chlorine is used to prevent the growth of bacteria down the line (in the pipes that transport the water). Chlorine is not a dangerous in the drinking water, however it can impart an unpleasant taste. Some people even can smell it in their water. A water filter system will remove the chlorine and let your water taste clean and pure.

The one serious health problem with New York City tap water is the potential for lead contamination. This is normally an issue in older buildings that have not been renovated. There are still homes, and old apartment buildings, that still have lead pipes. If you are renting in an older apartment building, it is not within your purview to change the pipes, even if you had the money. What you can do is install under-the-sink home water filtration equipment. These systems will filter out any potential lead contamination and make the water completely safe to drink.

Yes, there are really tiny shrimp in NYC drinking water. These shrimp won't make you sick, unlike some other nasty little creatures. Some municipalities around the country have even begun putting these shrimp into their drinking water because the shrimp eat dangerous mosquito larva. This can help curb West Nile, and other mosquito born illnesses.

Even though these shrimp are not dangerous to drink, you probably don't like the idea of drinking a cool glass of water with a bunch of microscopic shrimp floating around in it. Don't worry; a water filter that has activated charcoal will make sure the shrimp don't make it into your glass. They won't be able to pass through the charcoal filter device and you can rest assured you're drinking shrimp free water.